Eingetragen vor 4 Jahre von admin
253 Aufrufe
Michael Jackson's "Remember The Time" short film was the second short film from the Dangerous album and continued to push the boundaries of the music video medium with a star-studded, nine-minute epic co-starring Eddie Murphy, Iman and Magic Johnson. Directed by John Singleton, this short film was hailed as a "gorgeous ancient Egyptian extravaganza" by Entertainment Weekly.

Michael Jackson's short film for "Remember the Time" was the second of nine short films produced for recordings from Dangerous, Michael's fourth album as an adult solo performer. As a single, "Remember the Time" reached the Top 5 in nine countries, including the United States, Canada, the United Kingdom, France, Spain, Ireland and New Zealand (where it reached No. 1).

"Remember the Time" was certified Gold by the Recording Industry Association of America on March 16, 1992. In 1993, the single won an American Music Award for Favorite Soul Single and a Soul Train Award for Best Single (Male). Both "Remember the Time" and its predecessor "Black or White" received a BMI Urban Award in 1993 for being two of the most performed songs of the year.

Once again, Michael pushed the boundaries of the musicvideo medium with "Remember the Time," crafting a star-studded, nine-minute epic set in ancient Egypt. A pharaoh (Eddie Murphy) and his queen (Iman) seek new entertainment for the court. After a palace guard (Magic Johnson) presents jugglers and fire-eaters to no interest from the royals, a black-robed wizard shocks the court by disintegrating before reforming as a gold-clad Michael Jackson, whose romantic song and dance directed at the queen angers the pharaoh. Michael is chased throughout the kingdom by the pharaoh's guards, pausing to briefly romance the queen and lead a hip-hop dance breakdown before spinning and turning to sand, evading the guards once and for all. 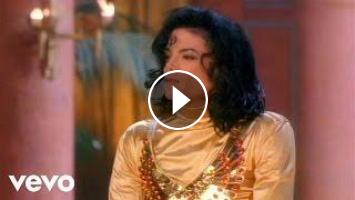 Michael Jackson's "Remember The Time" short film was the second short film from the Dangerous album and continued to push the boundaries of ...