Michael Jackson - Man In The Mirror

In keeping with the lyrical message of "Man in the Mirror," which was strongly identified with Michael Jackson and reflective of his own philosophies, the short film features powerful images of events and leaders whose work embodies the song's message to"make that change." Rolling Stone praised the short film in 2014 as "a powerful statement to deliver to personality-driven MTV."

"Man in the Mirror," written by Siedah Garrett (Michael's duet partner on "I Just Can't Stop Loving You") and Glen Ballard, is one of only two songs on Bad not written by Michael Jackson and, even though it wasn't a song he wrote himself, it was a message that was strongly identified with him and reflective of his own philosophies, as demonstrated through his actions and expressed in some of his own lyrics. "'Man in the Mirror' has a great message," he wrote in his 1988 memoir Moonwalk. "I love that song. ..Start with yourself. Don't be looking at all the other things. Start with you. That's the truth." A review of Bad in Rolling Stone in 1987 called the song "among the half dozen best things Jackson has done."

In contrast to Michael's other short films of the Bad era, "Man of the Mirror"tells a story not through performance, but through powerful images of oppression, homelessness, hunger, police brutality and other ills of the world, as well as events and leaders of the 20th century whose work is reflective of the song's message to "make that change."

Michael Jackson - Man In The Mirror 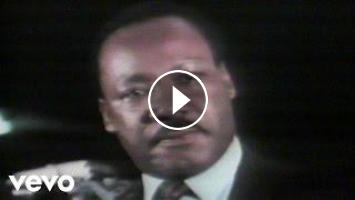 In keeping with the lyrical message of "Man in the Mirror," which was strongly identified with Michael Jackson and reflective of his own phi...