‘Paradise Engineering’ is the much awaited 2nd studio album from Ace Ventura, after 2007’s ‘Rebirth’ and 2008’s remix compilation ‘Re:Boot’.

Traveling extensively around the world, playing in every country that holds psytrance parties, and headlining all of the scene’s major festivals and events, we can safely say no one knows the dancefloor better than Yoni Oshrat. So it is no surprise he has crafted a journey of sound made of many different elements, from Indian influences through African tribal percussion beds, always with an emphasis for strong dance floor reactions. Collaborating with key figures in the scene such as Juno reactor, Astrix, Liquid Soul, Zen Mechanics, LOUD and Symbolic – the result is a strong blend of Psy-Progressive with Minimal, Tribal and euphoric trance.

Ace Ventura is one of the leading and busiest DJs & artists on the progressive trance and psychedelic trance (psytrance) scene. His music has been topping the charts with party anthems like: The Light, Stomping Ground, Presence, The Encounter, The Spark, The Jolly Roger and and many more. Ace Ventura has been touring constantly all over the globe playing in every possible venue and headlining all major festivals among them Ozora Festival, Boom Festival, Antaris, Emmaboda, Psychedelic Circus, Tribe, and many others. He is well known for his highly popular mixes.

This channel is powered by Trancentral.
Subscribe for updates: http://bit.ly/TrancentralSubscribe 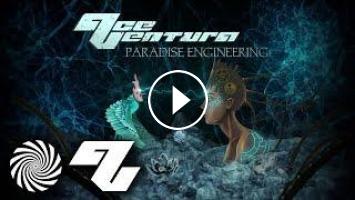