Get “Shed A Light” here: http://wmg.click/ShedALightAY

Just in time for the upcoming holiday season, the soon-to-be-released collab single of the year is about to light up the dark. Quite frankly, it was just a matter of time until two of the internationally most sought after DJs and producers teamed up to gift the dance music genre its musical highlight of 2016; as Robin Schulz, Germany’s most successful artist of the past two decades, joins forces with France’s critically acclaimed record-breaker David Guetta, a dance floor authority in his own right.

The two megastars are set to premier their new single “Shed a Light (feat. Cheat Codes)”, a dance pop ballad that is bound to leave a lasting impression across the globe. This is due in part to the seemingly perfect chemistry between the two award-winning artists: “I have been supporting Robin since day one,” says Guetta. “We have been touring together and for this particular track I was very excited to work with him. Robin’s tracks are very musical and emotional. So to me working with Robin was an obvious choice. It felt like the right match.”

The love and respect these extraordinary artists have for one another is mutual to say the least: “I’m very excited about the upcoming collaboration with my friend David Guetta. I think ‘Shed A Light’ is a fantastic combination, which is characterized by both styles, perfectly supported by the great voice of Cheat Codes,” adds the Osnabrück-born Robin Schulz.

Adding LA-based electronic three-piece Cheat Codes to the mix, Schulz and Guetta pull yet another ace from their sleeve to provide for the track’s poignant vocals. “Getting to work with two legends has been just a remarkable experience for us. This song is about that classic situation where you're falling for someone;  but you're unsure if they feel the same. It's truly an honor to collaborate with Robin and  David on this track.  They are two of the key artists that inspired us to get into dance music in the first place and start this journey as Cheat Codes! We hope you all enjoy this record as much as we do.”
Underlined by a catchy, driving beat and slowly building, beautifully anthemic strings, “Shed a Light” shines its perpetual, crystal clear light to counter the impending darkness. More than anything the deeply moving song sends a message of hope, urging us to heed the call of our hearts. That being said, Schulz and Guetta’s newest production is all that is needed to rekindle that emotional fire.

Robin Schulz has officially joined the ranks of the global dance elite, by amassing an impressive 150 Gold and Platinum certifications in less than three years, including 6 million records sold and over 2 billion streams on Spotify. Not to forget, he also runs his extremely successful YouTube channel with 1.7 million subscribers and over 1 billion views in total.

David Guetta was recently nominated for three Billboard Awards. With sales of over 9 million albums and 40 million singles, including a jaw-dropping 2 billion streams on Spotify along with 55 million Facebook fans, he ranks as the world’s biggest DJ and performing artist. 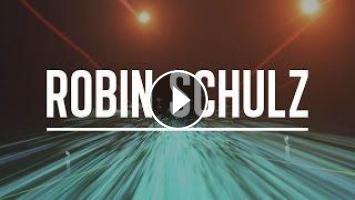 “Shed A Light” – the collaboration of the year! Robin Schulz, David Guetta and Cheat Codes in one track. Get “Shed A Light” here: http://wmg.click/She...